CoE (2021), No CM/Rec(2021)2, 31 March 2021, Recommendation on measures against the trade in goods used for the death penalty, torture and other cruel, inhuman or degrading treatment or punishment 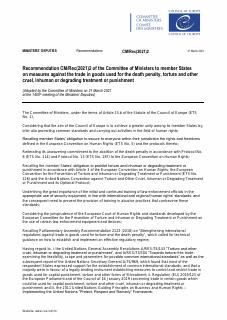