AI (2005) 12-Point Programme for the Prevention of Torture and Other Cruel, Inhuman or Degrading Treatment or Punishment 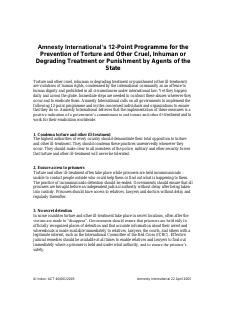