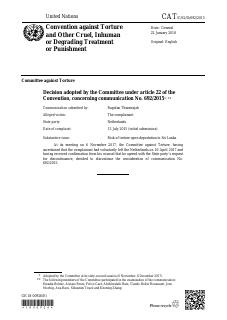 complainant had voluntarily left the Netherlands on 16 April 2017