UNHCR (2017) UNHCR Statement on a draft Revised General Comment No. 1 on the implementation of article 3 of the Convention against Torture in the context of article 22 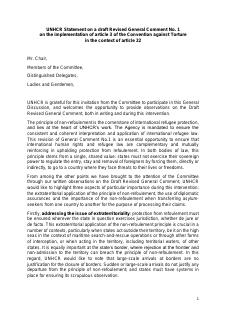