CERD (2005) Draft General recommendation 31 on the prevention of racial discrimination in the administration and functioning of the criminal justice system, CERD/C/GC/31/Rev.4 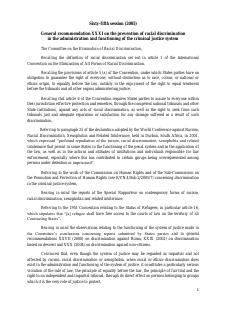