Alkarama Foundation et al (2017) Joint Observations regarding Revised General Comment No. 1 (2017) on the Implementation of Article 3 of the Convention against Torture and Other Cruel, Inhuman and Degrading Treatment or Punishment 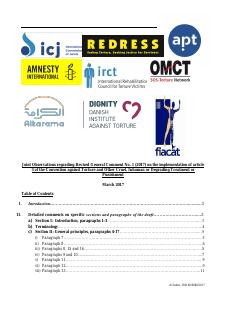