CTI (2017) CTI/UNCAT Implementation Tool 1/2017: State Strategies to Prevent and Repond to Torture and other Ill-treatment or Punishment 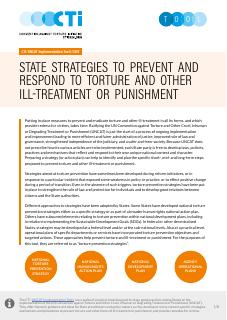