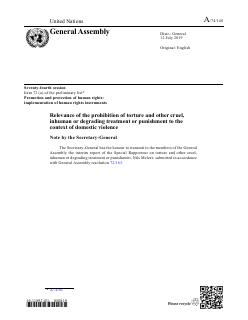 Relevance of the prohibition of torture and other cruel, inhuman or degrading treatment or punishment to the context of domestic violence