CPT (2015) Juveniles deprived of their liberty under criminal legislation 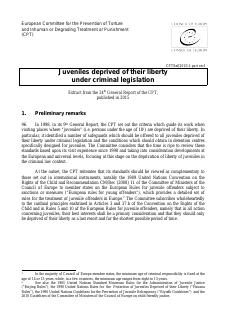