ODIHR (2001) The Death Penalty in the OSCE Area 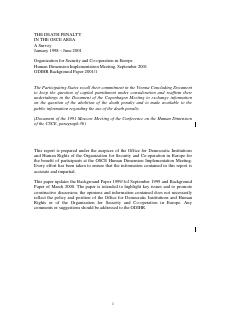