CERD (2011) General Recommendation No. 34 on racial discrimination against people of African descent, CERD/C/GC/34 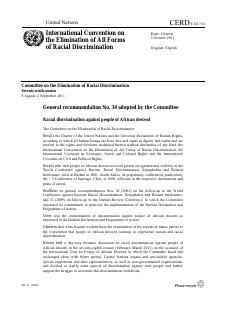