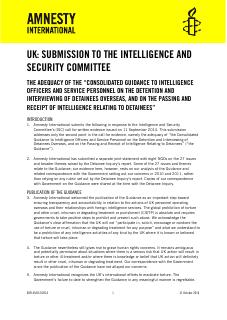 Submission on the adequacy of the 'consolidated Guidance to Intelligence officers and service personnel on the detention and interviewing of detainees overseas, and on the passing and receipt of intelligence relating to detainees"