APT (2013) Alternative reporting to the Committee against Torture 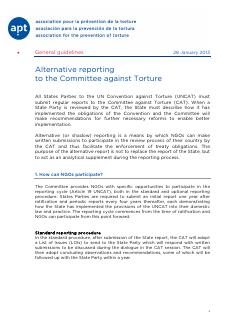