CRPD (2018) General comment No. 6 on equality and nondiscrimination, CRPD/C/GC/6 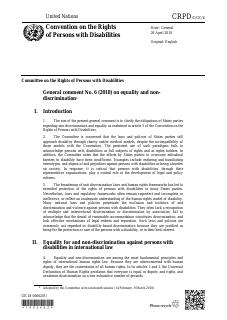