ODIHR et al. (2011) Joint Opinion on the Law on the Protector of Human Rights and Freedoms of Montenegro 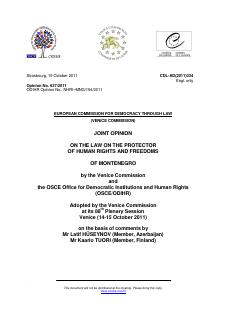