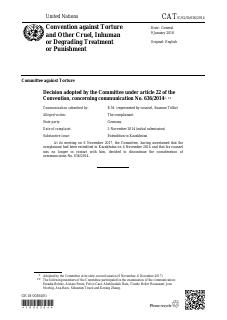 complainant had been extradited to on 4 November 2014