UNGA (2012) Resoultion: Principles and Guidelines on Access to Legal Aid in the Criminal Justice System 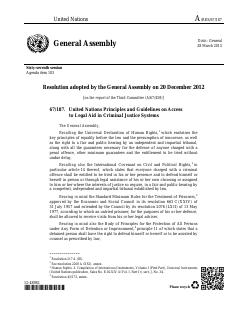