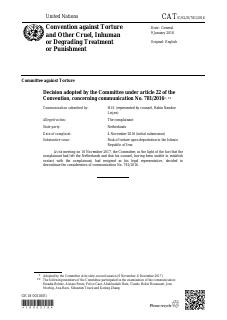 complainant had left the Netherlands