CPT (2009) Safeguards for irregular migrants deprived of their liberty 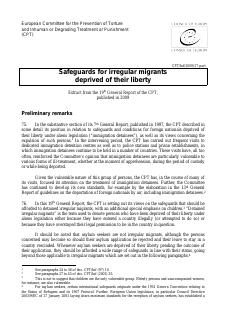